It seems that Javascript is disabled or not supported by your browser....

Javascript must be enabled for this site to function correctly and not look wonky. We recommend using an up to date version of Chrome, Firefox, Safari, or even Internet Explorer (if you really must).

All sounds are from the Energy Bow Guitar library, except percussion from Electrophonics. No additional effects apart from mix bus compression. 'Hymn To Magnets' uses the Clean samples for 8 bars, then switches to Character, then the same again with a different phrase. 'Night Of the Long Characters' is all Character samples making good use of round-robins and the length of the samples. 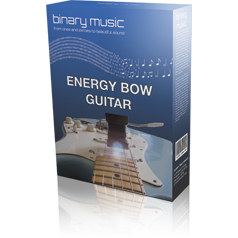 The Energy Bow Guitar library is an expressive Kontakt instrument made from recordings of a Fender American Standard Strat played with an E‑Bow. Sampled chromatically from a drop tuned D2 to A5. We fitted a Seymour Duncan Little '59 humbucker for extra sustain and everything was recorded cleanly through an Inward Connections Vac Rac 4000 pre-amp. 24 Bit/44.1kHz. 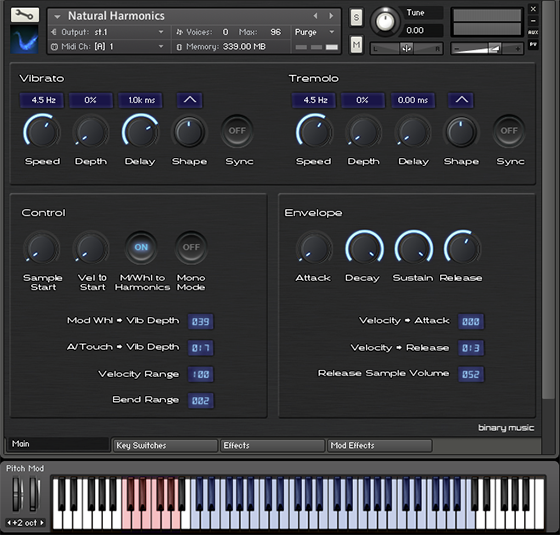 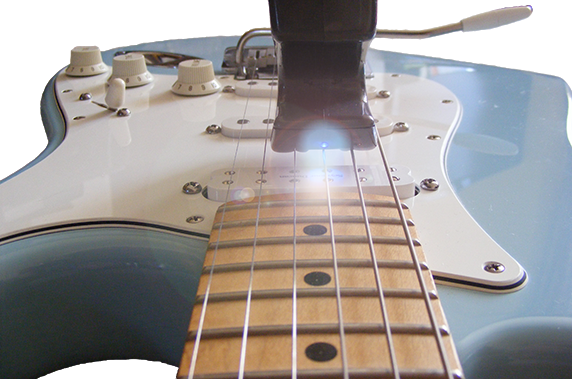 The Electronic Bow (sometimes called an Energy Bow) was invented in 1969 by Greg Heet and became commercially available in 1976. It uses two electromagnetic coils to make a guitar string vibrate at a sympathetic frequency - one coil acts as a pickup and determines the freuency that the other coil emits - in a sort of feedback loop. The blue LED is purely to help aim it at the correct string.

Many artists have used an E-Bow, including David Gilmour, The Edge, Sigur Rós, Noel Gallagher, Martin Gore and of course Peter Buck on R.E.M.'s "E-Bow The Letter" !

Unfortunately, Energy Bow Guitar is not available for Ableton Live.

Not yet available for Reason.